Jump to Header Jump to Main Content Jump to Footer

Jewell salutes the arts and patrons at opening convocation

William Jewell College celebrates the start of the academic year with its Opening Convocation ceremony. This year's event also honors the arts in Kansas City and recognizes special contributors to the arts worldwide. All community members are invited to join us on Friday, Sept. 9, at 10:15 a.m. in Gano Chapel. 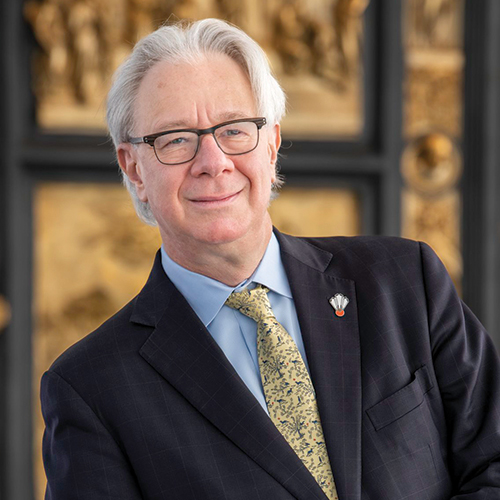 The guest speaker will be Julián Zugazagoitia, director and CEO of The Nelson-Atkins Museum of Art in Kansas City, Missouri, one of the nation’s leading encyclopedic art museums. Born and raised in Mexico City, educated at the Sorbonne and the École du Louvre in France, Zugazagoitia has worked at institutions in the Americas, Europe and Africa. Since his arrival at the Nelson-Atkins in 2010, museum attendance has grown 43 percent, thanks to improved engagement with the community, superlative exhibitions ranging from antiquities to contemporary, and more inclusive programming. Zugazagoitia is widely known for inspiring the community with his passion for the arts, scholarship and education, and for his high energy leadership and collaborative spirit. He is the current president of the Association of Art Museum Directors, former board chair of The Andy Warhol Foundation for the Visual Arts in New York, New York, and served on the board of the Kansas City Art Institute.

In continuing a 40-year tradition, the ceremony includes presentations of the William F. Yates Medallion for Distinguished Service to valued community members: 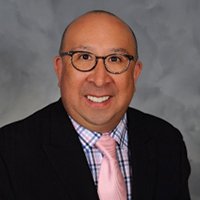 John Fierro was named president and CEO of the Mattie Rhodes Center in 2006, becoming the first Hispanic male to steward MRC since its 1894 founding. Under his leadership, MRC has become nationally accredited, received the Bank of America Neighborhood Builder award and expanded operations to cover three municipalities. He led the agency through two capital campaigns, securing $4.6 million and a Congressional Earmark. The most recent campaign has resulted in Kansas City’s only cultural center dedicated to the Hispanic culture and will serve as a venue for local, regional, national and international Hispanic artists. He holds graduate degrees in public affairs from Park University and business administration from the Helzberg Executive Fellows Program at Rockhurst University, and a certificate program at Harvard University’s John F. Kennedy School of Government. 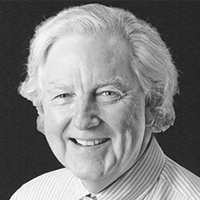 Tony Jones is an internationally known arts administrator, broadcaster, educator, exhibition curator and historian of art, architecture and design, and a consultant on higher education and the arts. This summer he retired as the Nerman Family President of the Kansas City Art Institute. During his tenure, he secured the largest gifts given to any college of art and design in the country and commissioned three new award-winning buildings. Jones has served as director of the Glasgow School of Art in Scotland and the Royal College of Art, London, and co-CEO of the Art Institute of Chicago and president of the School of the Art Institute. Her Majesty Queen Elizabeth II conferred Jones the title Commander of the British Empire (CBE), and he holds six honorary doctorates and an array of international honors. 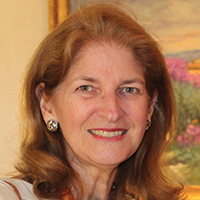 Nancy Lee Kemper engages as a volunteer and board member in support of community, arts and education. Over the years, she has volunteered at her children’s schools and served on two college boards, including the Kansas City Art Institute. Other current and past board commitments include The Central Exchange, Greater Kansas City Community Foundation, Friends of Chamber Music, Kansas City Public Television and Mid-America Arts Alliance. Kemper graduated from Wellesley College with a degree in economics and holds an MBA from University of Chicago. Before moving to Kansas City, she worked in international and commodity banking in Chicago.

Another prestigious honor at Opening Convocation will be the presentation of an Honorary Doctor of Humanities to Jane Chu. 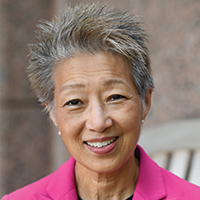 Dr. Jane Chu combines her academic research and professional practice in the arts, philanthropy and business administration. In 2014, she was appointed to serve as the eleventh chairperson of the National Endowment for the Arts, completing her term in June 2018. During her tenure, Chu traveled to 50 states and four countries to meet with artists and arts leaders, government and civic leaders, philanthropists and the general public. The NEA awarded $430 million over the four years to support the arts in 16,000 communities covering 50 states, U.S. jurisdictions and in every Congressional District. In 2016, the NEA was ranked number one in the Best Places to Work in the Federal Government for small agencies. Previously, Chu served as the founding president and CEO of the Kauffman Center for the Performing Arts. She holds an MBA from Rockhurst University and a Ph.D. in philanthropic studies from Indiana University.